I am writing from the historical Rose Main Reading Room in the New York Public Library. I’ve just returned from a trip home to Australia to visit my family over Christmas, and I am excited to be back in New York ready for the commencement of the Spring Semester. So far, my time at Columbia Law School has been fantastic: Fall Semester was a whirlwind of new experiences, new friends, amazing classes, and a great deal of study.

In the Fall Semester, I took classes in Corporate Governance, Financial Statements Analysis and Interpretation, Civil Procedure, and Human Rights. I found my Corporate Governance seminar particularly interesting and relevant, as we discussed Corporate Social Responsibility, and to whom boards of directors actually owe their duties: the paradigm is shifting away from shareholder primacy and towards companies being accountable to a broader group of stakeholders in society, as reflected by the Business Roundtable’s release of an amended Statement on the Purpose of a Corporation in August last year. For this class, I also wrote a paper analysing the corporate governance failings of Wells Fargo and drawing comparisons with some of the conduct unearthed at the Australian Banking Royal Commission.

Financial Statements Analysis was a very practical course in which, as its title suggests, we learned to prepare, interpret and critically analyse a company’s financial statements. I think the skills I learned in this class will be invaluable in my future career as a regulator, lawyer, and in my personal life. This class in particular showed me how the American law school curriculum has a broader and often more practical focus than the typical Australian law school curriculum. For example, at Columbia, there are a number of courses (such as this one) which overlap with classes offered by the Business School, which is particularly beneficial for commercial lawyers seeking to gain business nous.

My Civil Procedure class was very interesting from a comparative perspective, particularly given my Professor’s particular emphasis on policy issues. This was one of the reasons I was drawn to American law school, and I have been enjoying the more policy-focused teaching as opposed to the often doctrinal focus of Australian law schools.

In order to branch out from my usual corporate litigation subjects, I also took a class in Human Rights, which I found challenging (being an area of law I was not previously familiar with), but very rewarding when, at the end of semester, I felt I had gained understanding in this important area. One of my highlights from Fall Semester was a class facilitated by Professor Amal Clooney where students were given the opportunity to ask questions via video link to Edward Snowden (in Russia) about his views on freedom of expression and the freedom of the press. Columbia Law School has generally been incredible in terms of the access and opportunities provided to its students.

A lot of the life of the law school occurs outside of class, for example in lunchtime lectures – on average, I would attend around three lecture events per week outside of classes, covering a variety of interesting topics by incredibly esteemed presenters. For example, I attended a lunchtime talk with the full executive leadership team of Nike, including General Counsel Hilary Krane, to discuss company leadership principles.

One of the best parts of the LLM program has been the opportunity to make so many new friends from all around the world – I can now proudly say I have friends from India, Bulgaria, Lebanon, Palestine and Luxembourg, amongst many other places. I have also made a number of friends in the JD program, who are mostly American, and it has been wonderful to learn more about the American way of life through them. For example, one of my American friends invited me over for her family Thanksgiving meal in New Jersey, which was the first time I have celebrated Thanksgiving. Columbia Law School also hosted a Halloween costume party, which was a lot of fun.

Outside of classes, I performed in the Law Revue, which is a parody musical performance put on each semester by Columbia Law students. This was a great creative outlet away from studies and an excellent way to meet some American students. I also played hockey for New York City Field Hockey Club, which was a nice way to make some friends outside of Columbia.

Whenever I had a spare moment outside of all of this, I tried to take the opportunity to explore New York City. In September, I attended the US Open Tennis Championships at Flushing Meadows and had the privilege of watching Ash Barty play. I also saw the Yankees play at Yankee Stadium, a Brooklyn Nets basketball game, Hamilton the Musical, and the 2019 Global Citizen concert in Central Park where the lineup included Queen (with Adam Lambert as lead singer), Alicia Keys, Pharrell Williams and Carole King. Just before Christmas, I went ice skating at the Rockefeller Centre ice rink under the giant Christmas Tree. I also enjoy going running in Central Park whenever I can, and it’s fantastic that the Columbia campus is right near the top of the park.

I am immensely grateful to the BFSLA for supporting me to undertake this study, which already has been one of the most enriching experiences of my life to date. I would strongly encourage anyone who is considering applying for the Scholarship to do so. I am looking forward to reporting back on further exciting developments in the Spring Semester! 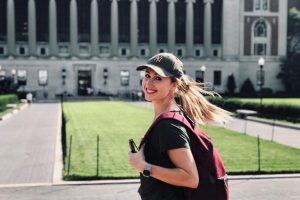 In the main quadrangle at Columbia University 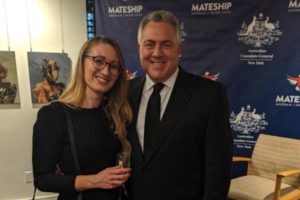 Meeting His Excellency The Hon Joe Hockey, Australia’s Ambassador to the United States, at an event at the Australian Consulate-General in New York 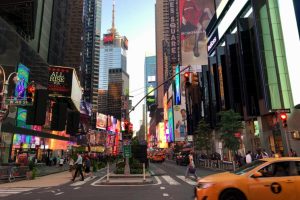 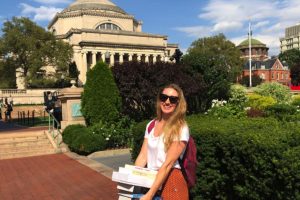 In the main quadrangle with a semester’s worth of textbooks 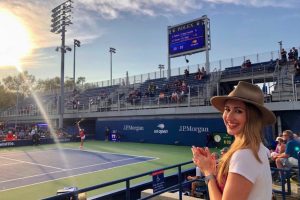 Attending the US Open Tennis Championships in September 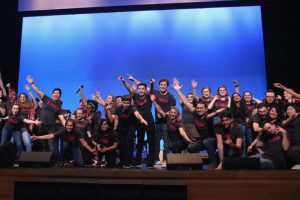 Performing in the Law Revue 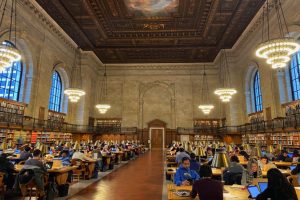