I am now into the Lent term of the LLM program at the University of Cambridge – time has flown by and it is wonderful to be a full-time student in this beautiful city.

I started in October and matriculated at Queens’ College (which is famous for the Mathematical Bridge). At the start, I met so many people at college from around the world who were studying different things that I had to become a (phony) polymath, pretending to understand quantum physics PhDs explained over the first course of a formal dinner in the Old Hall!

I am now familiar with college customs, including wearing long black robes, the clang of a gong and the reading of a Latin address before formal dinners. But initially, it felt like entering into another world. In one of my classes, we discussed the medieval law of contract and particular concepts that emerged before 1300. I found it hard to imagine what England looked like in 1300, but quickly realised that the University is older than that! I saw some old maps in the University Library which showed a picture that is strikingly similar to what I see today. There is something very motivating about the history of the place, and it is humbling to think you are walking around in the same spaces as Isaac Newton once did.

In the first week, I bought a bike simply because everyone else had one… and despite some initial wobbles I have loved riding around town. I’ve also been exploring different colleges through netball, where I play for Queens’ on the weekends. Cambridge is a picturesque city with the feel of an old English town. My favourite parts are along the River Cam where you can walk alongside wide green meadows. Having lived in London for a few years, the fresh air was also a pleasant change…

The Law faculty, in contrast, has felt like a very familiar space – a busy library, packed classrooms and a winding line for the coffee cart. As you’ll see below, it may have looked familiar but the challenge is new!

In the LLM I am taking four papers:

Classes are structured as lectures together with small seminars every couple of weeks. It’s brilliant to be taught in each of my papers by people who have been hugely influential in these areas, including those who have written the textbook on the subject or been cited decisively by the UK Supreme Court on a tricky issue.

The method of learning is a leap from undergraduate studies and quite different from legal practice. You are assumed to have read a significant amount of material before class and

understood the legal principles and the main cases, so the purpose of the class is to hone in on the trickiest parts and the overarching principles. Unlike undergraduate studies, where we focused on a close reading of cases to see how seemingly conflicting authorities could be reconciled or distinguished, here we are also analysing the law from a higher point of view, by identifying underlying principles and themes which explain the legal system coherently. And unlike practice, you have the luxury of spending time on deeply considering how the law fits together and how legal rules and policies can be justified at a philosophical level.

I’ve thoroughly enjoyed all of these subjects and they intersect in very interesting ways. Restitution is exciting for me because I was taught Equity at Sydney Law School and the way we understood the fact patterns which arise in restitution cases was very different. I was a disciple of the “Farah v Say-Dee” approach to unjust enrichment (i.e. it is not a dispositive principle of law), so it is fascinating to learn about the same issues from an English law perspective. I’ve been pleased at how much attention Australian case law receives in class – it seems to be accepted that the quality of jurisprudence means the Antipodean viewpoint has to be taken seriously and any departures should be considered carefully.

Advanced Private Law is a commercial remedies subject, in which we consider common law and equitable remedies for various causes of action. In the banking and finance space, this is incredibly important because commercial parties want certainty of outcome if they litigate contracts, negligent misrepresentation or fraud. It seems to me there is an ongoing tension between commercial or contractual freedom and principles of protectiveness and fairness. Between parties with different bargaining power, this is all the more important.

English Legal History has been one of my favourite papers. It has perhaps unexpectedly helped to explain the basis for a lot of complex modern problems in private law. When you trace the history of Chancery, or the idea of a contract or duty back hundreds of years, you can see the chaotic way that the law developed. Issues we now grapple with in the banking space – like the doctrine of penalties – could benefit from some deeper historical thinking.

Economics of Law and Regulation has also been eye-opening. This subject covers topics such as how markets can be regulated efficiently (i.e. in a way that maximises aggregate welfare in neoliberal microeconomic theory), the rise of AI and other technologies, as well as the economic aspects of particular areas of law such as company law (e.g. the primacy of shareholders in modern company law). I had done some work previously on cryptocurrencies and FinTech in practice so it is very interesting to zoom out and look at the possibilities of legal intervention in these areas through an economic lens.

One of the best parts of the LLM experience has been the opportunity to attend talks and seminars with academics in various areas. I have tried my utmost to attend as many as possible, including across law, politics, economics and history. It seems that I learn something useful in each one! Some of the best so far have been:

I’m also looking forward to attending a talk by Lady Hale, the President of the UK Supreme Court later this year. These sorts of broader experiences have been a wonderful opportunity for me. I love to see the intersections of different areas of law, and am hopeful that this breadth of knowledge will help me when I return to private practice.

I’ve also been working as an editor at the Cambridge International Law Journal, on an international policing law project jointly with the University of Oxford, and on a project about asset tracing and asset recovery for victims of human rights violations through the Cambridge Pro Bono Project. The latter is especially interesting because I have been able to bring my private law background to try and make some novel arguments to reclaim assets for those victims. I have also been volunteering with Cambridge Churches Homeless Project, which sets up interim shelters in churches over the winter.

When I was an undergraduate I always felt like I was run off my feet with part-time jobs and panicking about assessments, but now I feel incredibly lucky to be able to enjoy the experience of learning the law in an environment which is perfect for academic reflection. So far, my experience has been challenging but rewarding because my legal thinking is being sharpened day by day. The privilege of such an immersive experience – where you can commit wholeheartedly to reading and thinking widely – is made possible only with the incredible generosity of the BFSLA and I am so grateful for the support. 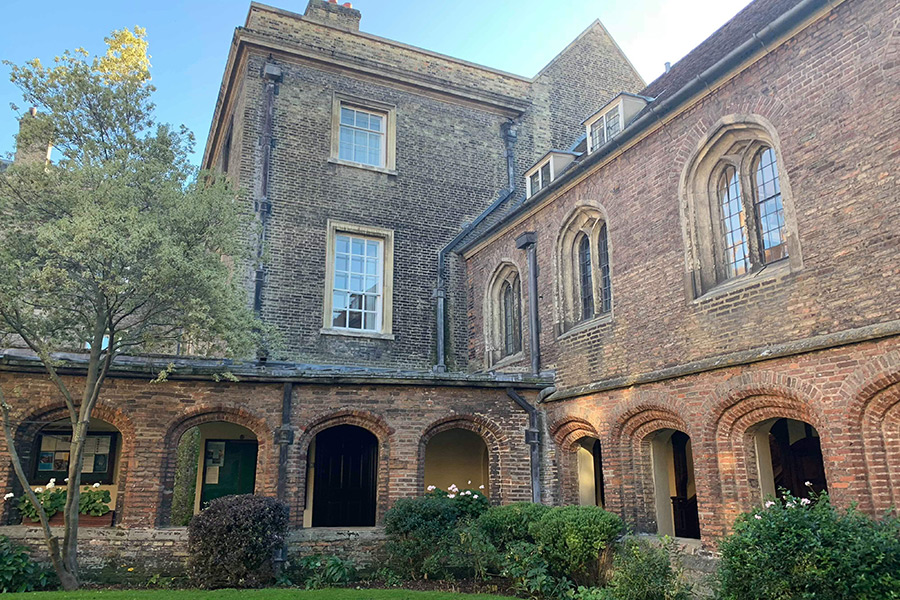 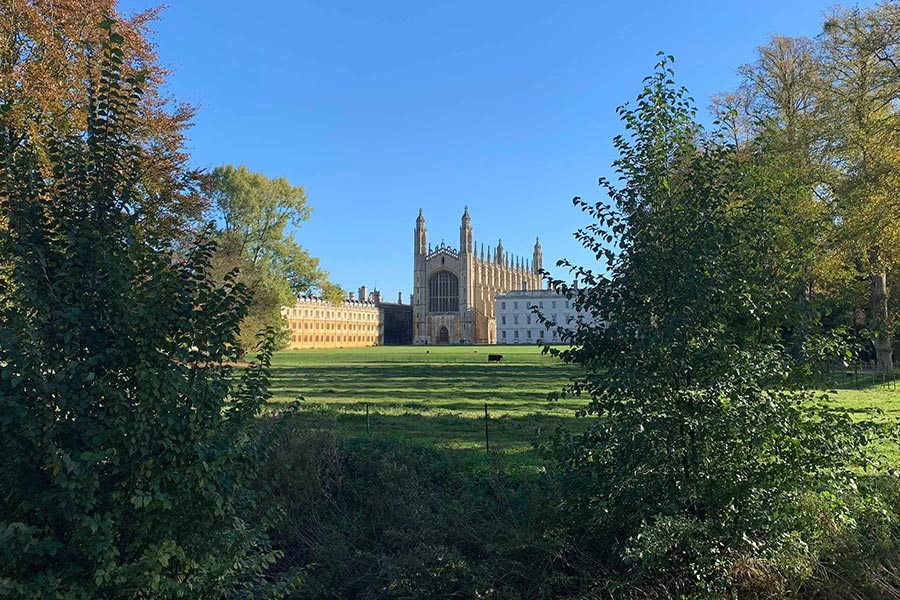 Kings College Chapel from the Backs 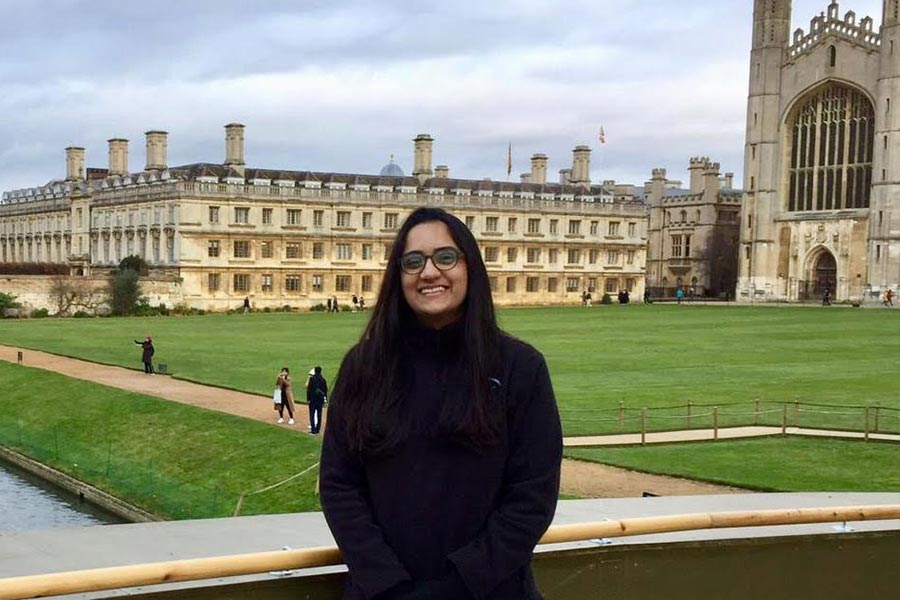