I write this update on a cold winter’s evening from my accommodation at Magdalen College, Oxford. Since September last year, I have had the privilege – in large part due to the generous support of the BFSLA – of studying the Bachelor of Civil Law (BCL) at the University of Oxford. We are now entering the second of the three terms of the English academic year (Hilary Term). The last five months have involved so many new experiences, new people and new information that they now seem like little more than a blur! Nonetheless, I want to highlight some of the opportunities and experiences that I have had in the unique environment that is Oxford. I can’t thank the BFSLA enough for helping to make one of my dreams a reality.

The year was off to a flying start in September when I moved into my accommodation in Hollywell Ford, Magdalen College – as you will see from the photo below, the building where I live has the charming atmosphere of an old English cottage. In the weeks leading up to the start of classes, I met most of the students on the BCL (and its sister course, the Magister Juris). The course has students from all over the world, including Germany, the US, India, Singapore, Hong Kong, Denmark, Canada, Cyprus and South Africa. Australia is well represented – there are students from each State and Territory (other than the NT).

Things were a little overwhelming at first, but I quickly learned my way around the landmarks of Magdalen College: the porter’s lodge (entrance), the dining hall, the middle common room, the deer park and – perhaps most importantly – the law library. My first big college event was matriculation, where all the freshers gathered in the Sheldonian Theatre to be formally admitted as members of the University. I soon became accustomed to college life. One of my favourite parts of college is talking to students from other disciplines over dinner in the dining hall – disciplines from astrophysics to Victorian history and everything in between!

Each subject has a seminar (and sometimes a lecture) each week, with several tutorials spread throughout the year. Unlike my undergraduate studies, we are expected to have read the primary and secondary sources in detail, which are then subjected to close examination in seminars. We consider both the detail of the cases and more abstract questions of principle. Unlike legal practice, we have the luxury of time to think deeply about some of the large issues of principle and theory which arise. The best part of the subjects I am taking is undoubtedly the seminars, in which students are encouraged to discuss and debate the seminar questions and to put forward their own views. I have particularly enjoyed the debates which take place in Commercial Remedies and Restitution.

One of the benefits of Oxford is that my subjects are taught by academics who are leaders in their fields, often with guest appearances by renowned judges, practitioners and academics. For example, in Restitution, we are particularly fortunate to have Professor Andrew Burrows (soon to be a Justice of the Supreme Court) leading the seminars along with Professor Robert Stevens, Professor Helen Scott and Professor William Swadling. Members of the BFSLA may be familiar with some of the guest lecturers in the Corporate Insolvency course: Professor Sir Roy Goode, Justice Nick Segal and Felicity Toube QC. One of the aspects of Corporate Insolvency which I enjoy the most is the interaction and debate between the academic seminar leaders and the practitioner seminar leaders.

One of the advantages of living in Oxford is the ability to expand my knowledge by attending the many lectures and seminars that are on offer throughout the University. Often these are given by distinguished academics and professionals who are leaders in their fields. Early in the year I attended a number of lectures about Brexit and its implications – a lecture entitled “The Image of the Law” by the Right Honourable Sir Alan Moses PC (a former Court of Appeal Judge) and a lecture entitled “A Constitutional Coup? Law, Politics and the Supreme Court” by Dinah Rose QC (an eminent British barrister).

These lectures explored fascinating questions about the legitimate role of the judiciary in the UK and the boundary between law and politics and made for a most interesting comparison with the High Court of Australia. The “Oxford factor” became apparent when, in one of the lectures, an impromptu dialogue took place between the speaker and Lord Sumption (a former UK Supreme Court Justice who has been vocal on this topic), who was sitting in the audience! I am looking forward to attending a speech given by Lord Sumption later this month, in which he will discuss the impact on the UK constitution and political system of the Brexit referendum and its aftermath.

There have also been lectures beyond Brexit. I had the pleasure of attending a seminar in the “Great Brasenose Lawyers” series, where the life and achievements of Peter Birks were discussed and celebrated. Recently I also attended a speech given by Justice Sackar (NSWSC) about the rule in Browne v Dunn.

I have also been doing my best to get involved in the Faculty outside my studies. I am one of the convenors of the Obligations Discussion Group (ODG). The ODG hosts seven or eight lunch-time seminars per term, where distinguished private law scholars present papers and participate in a Q&A session. The topics of discussion range across the law of obligations, and often across private law more generally. In Michaelmas Term, we hosted a number of distinguished speakers, including Professor Hanoch Dagan, Professor Ben McFarlane, Associate Professor Sandy Steel and Professor Peter Benson.

I am particularly pleased to report that Australia was over-represented in this respect: we hosted Justice Mark Leeming (NSWCA), Professor Jason Varuhas (University of Melbourne) and Dr Ryan Catterwell (University of Queensland). Later this term we will host Professor Eric Descheemaeker from the University of Melbourne. In a couple of weeks, I will also be presenting (with my co-author, Jordan English) research in the law of tracing.

Though study and revision take up most of my days, I do try to make time to enjoy other parts of the Oxford experience. I have attended guest dinners at other colleges, hosted visitors at the Magdalen Guest Dinner, and attended the Atkin Society Christmas Dinner. I particularly enjoy the guest dinners, which are a great way to see other colleges and meet new people. I have also taken advantage of the proximity to London – I have recently visited the Tower of London, the Churchill War Rooms and the Hyde Park Winter Wonderland. In addition, I recently saw Hamilton at the Victoria Park Theatre.

My time here so far has been more exciting, rewarding and enjoyable than I ever thought possible. I cannot thank the BFSLA enough for making it possible. 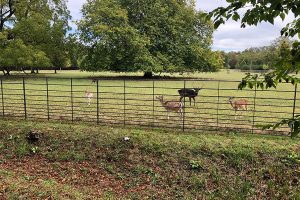 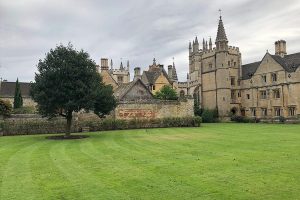 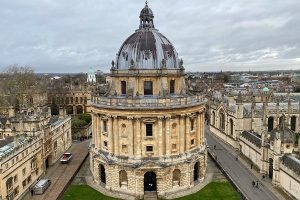 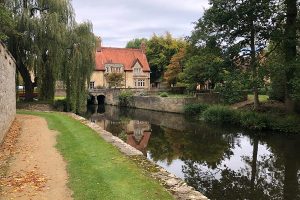